Welcome to my blog! I have tons of informative articles on gut health, hormones, movement, nontoxic living, and more! Take a look around, I think you'll like what you see!

Things have been a bit slow on the blog lately. It’s the holidays and also some big things are happening in my life! I recently became a Primal Kitchen ambassador in San Francisco and started my course work for the National Academy of Sports Medicine (NASM) Certified Personal Training (CPT) program. More on all of that in another post (coming soon!), but today I wanted to share my thoughts on some recent big news in the health food community.

It’s a bit of a different kind of blog from my usuals, however, something important to me and worth mentioning if you are in the health, fitness and wellness community.

Two big things happened over the past few months. If you hadn’t heard, I’ll quickly recap. First, Melissa Hartwig, co-founder of the Whole30 program (movement, really) announced that she and her team have officially worked out a deal with Walmart to sell affordable Whole30 approved frozen meals across all of their stores in the U.S. — that’s over 4,000 stores!! The meals fall under the Great Value Walmart brand and cost on average about $5 per frozen meal. They include sustainable raised/sourced protein that live up to Whole30 standards and are NOT your average TV dinner.

You can read more on that here in this Whole30 Q&A blog post from Melissa (she also posted it to her Instagram feed).

Photo credit goes to the Whole30 blog post I cited above.

The second event happened just this past week, and it was news that Primal Kitchen, the well-known Paleo food/condiment brand co-founded by Mark Sisson (of Mark’s Daily Apple blog) was acquired by mega food processing Goliath, The Kraft Heinz Company, which went through its own merger back in 2015. 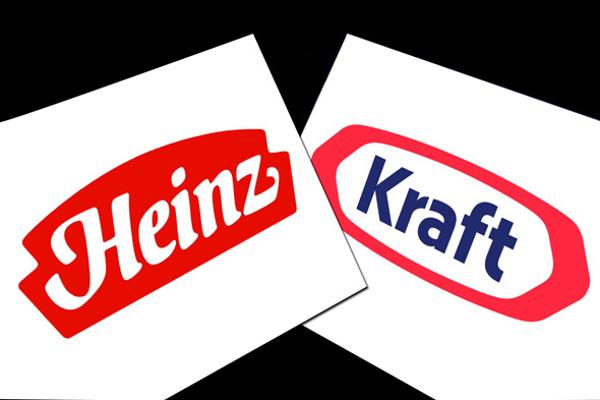 Wow. Let’s just pause and let that sink in. Yes you read that right. Mark will stay on as the head of the company and the brand will remain autonomous. The difference is that they will be able to leverage the Kraft Heinz infrastructure and resources to expand the product line, continued innovation and most importantly, availability.

You can read the official press release here.

Not going to lie, as someone who follows the paleo diet and absolutely LOVES all of Primal Kitchen’s dressings, mayos and their collagen fuel line, at first word of this I immediately panicked, thinking “oh shit, big food has won again.” 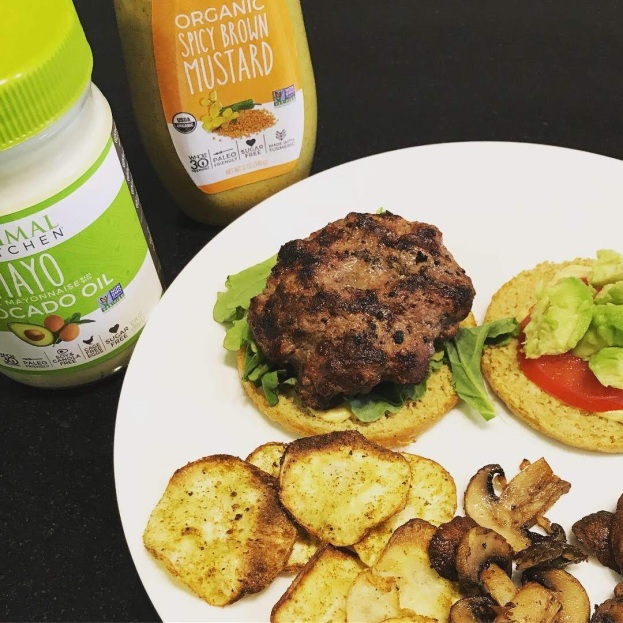 One of my favorite, Paleo friendly meals, featuring Primal Kitchen mayo and mustard

Was this a strategic move on Kraft Heinz’s part to wedge their foot into a fast growing market and increase their health food credibility over their competitors? Absolutely! Is this a bad thing for the health, nutrition and paleo community? No! It’s actually a major win. Read on to hear my thoughts on why.

Why Does This Matter?

This is what the health movement is ALL ABOUT. If these health brands continue to operate in a highly specialized bubble, then they are contributing to the biggest problems of all: access and affordability.

If you aren’t familiar with the term “food desert,” it’s a lack of access to proper grocery stores and good-quality foods and restaurants in some of the poorest urban areas in the U.S., where a majority of food sources are fast food chains because they are cheap and pervasive.

But Walmart is one of the biggest food/grocery chains out there that has historically catered to lower income populations with a single mission: affordability. The fact that Walmart has made a move to invest it’s time, money, effort and growth strategy in a brand such as Whole30 means that we’ve already made a significant impact. Melissa and her team were already crushing it, but ethically sourced and affordable Whole30-approved frozen meals available at Walmart is next level badass-ery. 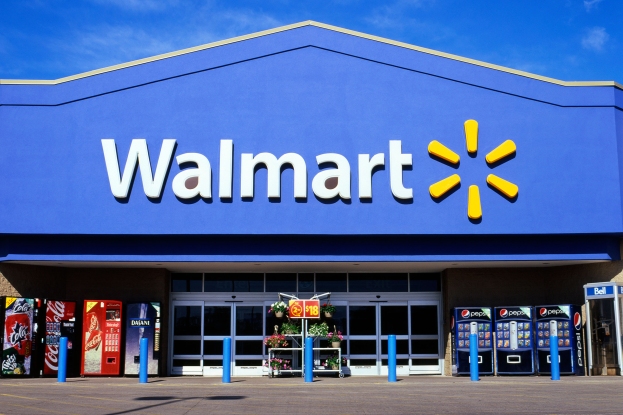 This breaks down one of those biggest barriers and lets people know that no, eating healthy, whole foods and ethically sourced protein isn’t just for those stay at home moms living in McMansions. It’s a realistic and achievable option for everyone — even busy, single parent moms (or dads!) who work two jobs and don’t have time to cook dinner for their kids, let alone themselves. Now, instead of hitting the McDonald’s drive-thru, you can pop a Whole30 frozen meal into the microwave, or heat it on the stove top.

Melissa was very clear and steadfast in the quality of the frozen meals, which I admire. In the blog post, she indicates that in the contract with Walmart, “the producer will provide us with quarterly documentation of their progress towards using GAP certified meat in all of these meals by November 2019. We also have the right to audit their facilities to ensure compliance with our rules and standards.” 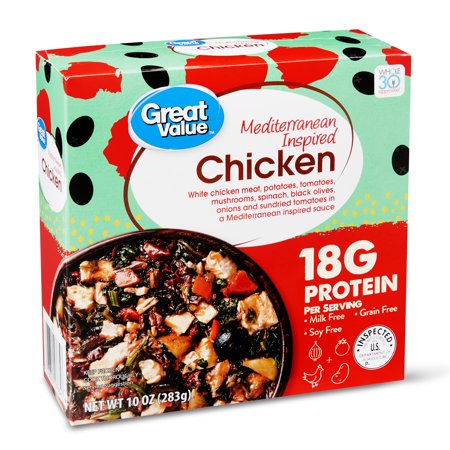 And the same goes for Primal Kitchen. Mark and his talented team would not have entered into any agreement that in any way, shape or form altered the brand or moved them away from their main focus to provide high-quality ingredients to their consumers. 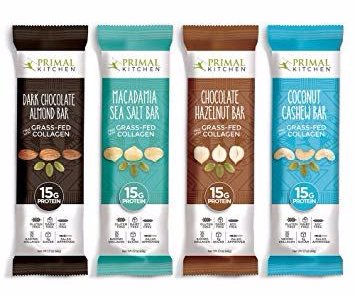 This is, again, another indication of the massive shift that’s happening in the food/manufacturing industry. We’re winning. That should feel great. There have never been so many options for health enthusiasts, whether you are paleo, keto, vegan, etc., but these are typically still highly specialized, come with a big price tag and are NOT widely available outside of Whole Foods, local health food stores or online.

I spend an OUTRAGEOUS amount of money at Whole Foods each week and while I am thankful that I have a career that allows me to eat the way I want to, I recognize that it is a luxury to be able to do this. To some, the idea of spending $7 on a paleo-friendly ranch dressing is unfathomable and completely off the table. I get it. I really do. Trader Joe’s has been a saving grace for most, myself included, with some of the most affordable fresh produce, meats/fish, etc., but even still, it is significantly more expensive compared to a Walmart or Aldi.

Think about the market share and pervasiveness of Kraft Heinz. They are the fifth largest food processor in the U.S. as of 2018. Now think about the opportunity to offer Paleo-friendly, whole, clean ingredient condiments, sauces, dressings, and collagen protein powders/products in mainstream grocery stores across the country (and hopefully, the globe). This is just the tip of the iceberg. The Kraft Heinz owns the following brands: Kraft, Heinz, ABC, Capri Sun, Classico, Jell-O, Kool-Aid, Lunchables, Maxwell House, Ore Ida, Oscar Mayer, Philadelphia, Planters, Plasmon, Quero, Smart Ones and Velveeta. 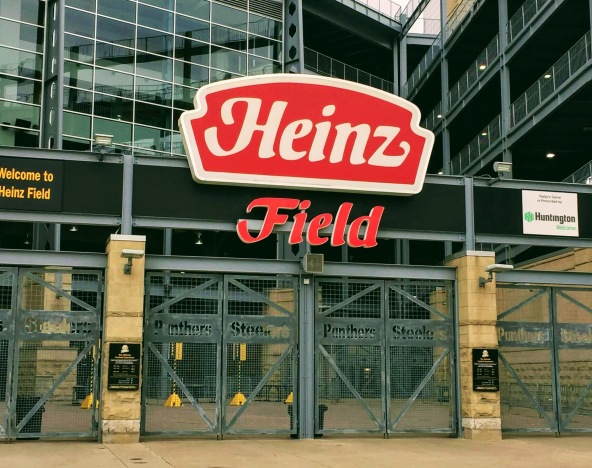 Pittsburgh born and raised, I still have a soft spot in my heart for this local business

I don’t know the specific terms of the agreement, but I do hope that Mark has a damn good lawyer and legal team so that Kraft Heinz can’t pull the wool over his eyes. (I’m mostly kidding, but he is tangoing with the longtime and infamous enemy — big food, and that’s gotta keep you on your toes.)

Time will only tell how this plays out, but as Mark shared in the press release, his mission is to change the way the world eats, and he has definitely taken a gigantic step toward delivering on that promise.

With obesity rates at their highest ever in the U.S. (72 percent of Americans over age 20 are overweight and 40 percent are obese, according to the National Center for Health Statistics), this is a much needed step in the right direction.

Huge congrats to Melissa/Whole30 and Mark/Primal Kitchen. These are significant wins that not only deliver on an important goal of educating consumers on the importance of eating whole foods with clean ingredients and sustainable sourced protein instead of processed and junk foods, but ALSO provide tangible options for affordable health foods that will help reduce the growing obesity and chronic health disease epidemic in the U.S.

Hooray for a big win!